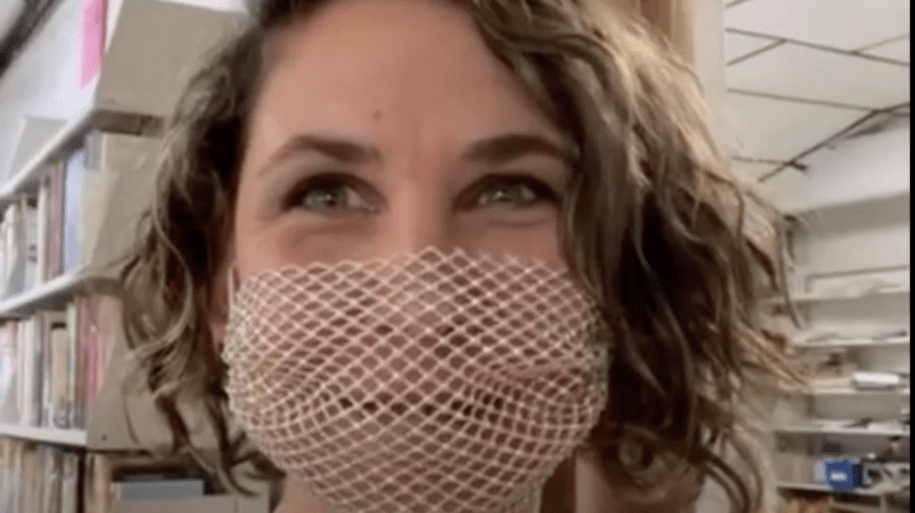 Chief U.S. District Judge Beryl A. Howell approved Powell’s conditional home release on Feb. 11 pending trial on the conditions that she “wear a mask whenever she leaves her residence.” After the video surfaced last week, officials noted that Powell appeared to be mocking the court order. She even posted on social media apparently showing off her “see-through mesh mask” which had big enough holes to make her nose and mouth completely visible.

“Defendant’s decision to appear in a video wearing a mask with holes in it mocks compliance with the Court’s Order,” Lamberth wrote. He also said that no reasonable person would think that such a mask would comply with the condition the court ordered for the defendant and believe that such a mask “would not pose a risk to the health and safety of the community when she left her house.”’

Mesh masks are not effective in preventing the spread of COVID-19 and have often been worn by those refusing to wear masks or trying to find loopholes in state mask mandates.

But this isn’t the first video that helped Powell make headlines. A video of her during the Capitol insurrection depicted her with a bullhorn yelling at others. “People should probably coordinate together if you are going to take this building,” she said in the video. According to The Washington Post, the FBI had formerly stated that Powell also helped shatter a window with a battering ram and appeared to direct others at the scene. Powell pleaded not guilty to eight counts including felony destruction of federal property and obstruction of a congressional proceeding after allegedly carrying an ice ax and large wooden pole into the Capitol.

Powell clearly knew this and was intentionally wearing such a mask to mock the judge’s orders. According to The New Yorker, in December she posted a Facebook post in which she called herself “unashamedly a ‘super spreader.’” In an interview with the outlet she also acknowledged herself as the viral “bullhorn lady” but declined to comment on further involvement at the riots. Additionally, she gloated about not intending to take a COVID-19 vaccine.

Powell has also protested pandemic closures and job and business losses along with the owners of the bookshop in which the video was taken, The Sharon Herald reported. The outlet also shared a photo of her  from a protest against COVID safety regulations holding a sign that read “The mask is a symbol of our enslavement.”

According to the judge’s order, Powell has 10 days to submit a written response arguing why she should not be put in jail pending trial.

Trump is attempting to cement his anti-China legacy. Will Biden dismantle it?

The period of Central Financial institution Cash is upon us. One tech chief explains...