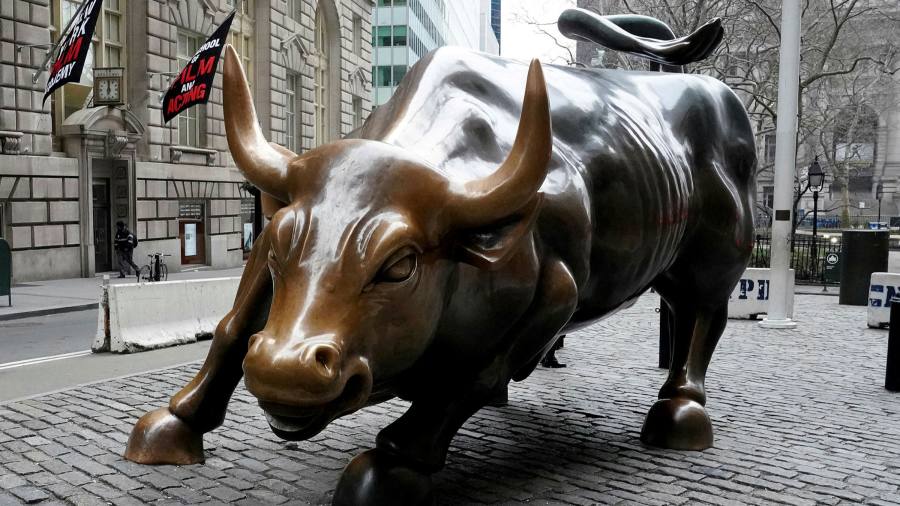 US bank stocks have soared in recent months on expectations that profits will rise along with longer-term interest rates that track 10-year Treasury yields. But some analysts say the optimism may be overdone and bank profitability remains under pressure.

The bull case for banks is that rising long-term rates, along with low short rates, create a steep yield curve, meaning banks’ deposit costs are low and their yields on loans and securities are high, implying wide profit margins.

But bank products such as commercial loans are more closely linked to short rates than long ones, and the Federal Reserve has signalled its determination to keep these rates down. The challenge this poses is evident from Wall Street earnings estimates, which show big bank earnings in 2022 stuck near 2019 levels.

Marty Mosby, bank analyst at Vining Sparks, said he has recommended that clients who have benefited from the rally in bank stocks trim their exposure ahead of first-quarter earnings reports next month.

“Banks typically have two-thirds of their balance sheets in assets of five years or under — people get excited when the 10- (year bond) rises, but the part of the [rate] curve that matters ain’t going nowhere,” he said.

The chief financial officer of one large US bank told the Financial Times that 60 to 75 per cent of his bank’s net interest income was sensitive to the fed funds rate — the overnight lending rate targeted by the Fed — and the rest on longer-term rates. 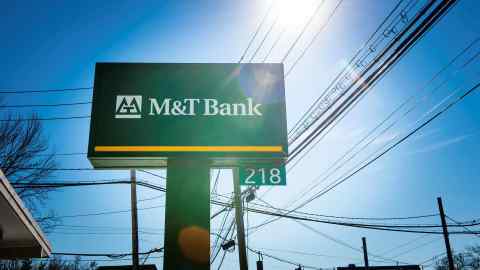 Commercial loan pricing remains weak, as they are linked to short rates, and credit spreads remain tight. “Commercial loans price on Libor or the prime rate, and that’s where we haven’t seen much progress,” said Jeff Harte of Piper Sandler.

Normally, higher long-term rates suggest that short rates will rise in time. But in this cycle, the Fed plans to anchor short rates even if inflation runs above target. Further, deposit costs are already near zero for many banks, so cost savings from falling rates during the pandemic have been outweighed by the losses.

As a result, Chris Whalen of Whalen Global Advisors thinks that returns on bank assets are likely to fall by 5-10 basis points over the next year, a significant decline given that such returns hover around 1 per cent.

All the same, investors have treated rising 10-year Treasury yields as a bank buy signal. Since yields bottomed last August, the KBW bank index has risen by two-thirds, tripling the return of the S&P 500.

The correlation between 10-year Treasury yields and bank stocks has been above 50 per cent since August, meaning about half of the rise in bank stocks can be explained by yields. Correlation with shorter rates have been weaker.

Eric Hagemann of Pzena Investment Management said banks have also rallied because they trade at a big discount to the market, and are about to release the huge loan-loss reserves they put aside during the Covid crisis. He thinks the stocks could earn higher valuations “when people realise how resilient banks have been.”

For several of the largest banks — Bank of America, Citigroup, Wells Fargo, US Bancorp and M & T — analysts expect earnings in 2022 to be flat to down from the pre-Covid year of 2019.

JPMorgan Chase is expected to increase earnings most strongly, with a total of just 12 per cent growth between 2019 and 2022. It also trimmed its outlook for interest income in February, citing lower card and mortgage balances. It said loan volumes should “normalise” by the end of the year.

Houthis claimed to have launched drone attacks on Saudi capital